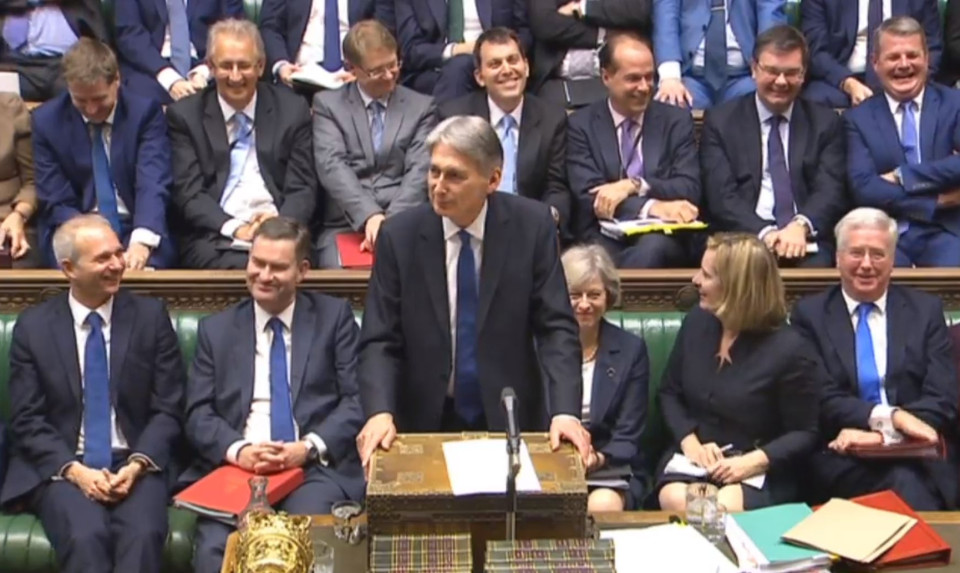 A disappointing Budget and a missed opportunity.

The Chancellor of the Exchequer was absolutely right in his Budget to address the unfair tax discrepancies between employed and self-employed workers. But he was fundamentally wrong in the way he went about it.

The announcement by the Chancellor, Philip Hammond MP, that National Insurance charges for the self-employed would rise has already met with a political backlash from Conservative voters and Members of Parliament, with more than half of voters saying they are now less likely to vote Conservative as a result. What Mr Hammond should have done was not to increase taxes on the self-employed, but rather he should have lowered taxes on those who are employed.

This column has been consistent in identifying National Insurance as a bogus concept, since it is just another tax and not insurance at all, as well as being an insidious tax on jobs. But what is worse is that in targeting the self-employed the Chancellor has singled out those whose flexible approach is giving our national economy the boost it needs to deliver consistent growth and record levels of employment.

The self-employed are the risk takers, the entrepreneurs and the small businesses that will provide the economic activity, the growth and the jobs of the future. They should be encouraged and nurtured by low taxes or they lose the incentive and the energy that are a prerequisite of economic development and investment. This is particularly important as we address the challenges and the opportunities presented by the move towards Brexit, the beginning of which process is now imminent with the Prime Minister, Theresa May, committed to trigger Article 50 before the end of March.

The criticism of those businesses, - food delivery, hospitality, mini-cabs, retail etc - that rely upon the self-employed and zero-hours contracts is misplaced. Many of those businesses can only exist precisely because they have the flexibility to match their labour costs to the demand for the services they are providing. Without that flexibility those businesses could not function competitively so there would be no work at all for their staff, no incomes, and no tax revenues.

We need an economy that is flexible and dynamic if it is to be able to compete with the rapidly growing economics of India and China, to name but two, and we need one that has much greater productivity than we have at present. Even compared to some European markets, such as Germany, we lag behind with British workers taking too long to produce goods and services when compared to our competitors. This must change.

One real boost to productivity will hopefully come from the new approach to skills training with the £500 million each year by which it is to be backed. The new T-Levels through, with 15 new high standard technical qualifications will be given real prestige to match A-Levels and university courses, and are set dramatically to improve the nation’s skills base. The new technical training courses for 16 to 19 year olds will be the Rolls Royce of skills training, replacing more than 13,000 out of date qualifications of sometimes dubious value. This will give all our youngsters a real chance to get high quality skills training to make careers in manufacturing, engineering and many other technical subjects as attractive for them as university is for academic students.

But investment in training cannot end there. Gone are the days where one skill set obtained as a youngster is sufficient. Seldom these days is it likely that workers will stay in the same job, with the same or similar employer, for life. Retraining and reskilling will be the order of the day if we are to retain our current record levels of employment.

Overall, however, the Budget was disappointing, not for what it did do, but for what it failed to do. Overall, the taxes on individuals and businesses are too high. They should be reduced, substantially, and that means ending the vicious circle of throwing ever more money at public services that are inefficient and failing to deliver the quality of service that people want and need. Senior managers in the National Health Service, for example, are good at waving their bleeding stumps of under-funding and successive Governments simply roll over and give in, allocating ever more money.

It’s time we grew up as a society and realised that the health service is inefficient, badly run, and under-performing. Throwing ever greater funding at it will do nothing to change those facts. We need different models of care arranged to suit local circumstances with less focus on large hospitals and more on delivery of care at home and in the local community. This will be ever more the case as the numbers of elderly continue to increase.

The principal reason we have seen shock horror stories about patients queuing in hospital corridors on trolleys waiting for beds is that those hospitals have completely failed to find innovative solutions to the bed-blocking by patients who no longer require hospital treatment but cannot be discharged simply because there is no step-down care available. Well-run hospitals the length and breadth of the country should be building facilities and providing such care themselves or purchasing it in a planned and rational manner. If they do so, the cost of running the hospitals will decrease, patient experiences will be improved and we can see an end to the annual cycle of the media headlining as an unexpected crisis that which is perfectly predictable every winter.

This integration of health care with adult social care is the future of service delivery and it will be encouraged through the allocation of additional funding to Sustainability and Transformation Plans (STPs) through which clinical commissioning groups, NHS trusts and local authorities reconfigure those services and deliver the built estate that is necessary to support them. This is the future of such services and whilst the Chancellor did announce some additional funding to enable them to be taken forward, he has yet to make it clear that they must be delivered in order that the value of the NHS estate can be unlocked and used to fund patient services.

Local service providers are being far too slow to realise the importance of STPs, and local councils are finding the political nettle one that is difficult to grasp. We need a stick as well as the carrot of the funding necessary to make them happen in practice. Sadly, though, the Government won’t do this through legislation, so difficult is the political debate when it comes to the sacred cow of the health service, which is a tragedy given that for the first time in decades the Conservatives are now more trusted on the NHS than are Labour.

This article first appeared in The Catholic Universe of 17th March 2017.