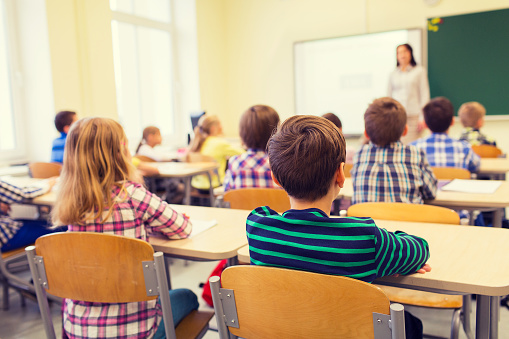 The Royal Academy of Dance has reignited the public debate around pupil absences from school during term time by revealing that some headteachers are even preventing pupils from attending examinations in dance and music. This is state control taken to bizarre lengths, particularly when pupils pursuing such interests are both broadening and deepening their education in a way that, in most cases, requires considerable parental sacrifice in terms of time, transport and fees.

Parents should have greater flexibility to encourage such interests so long as they are acting responsibly and are ensuring that their children keep up to speed in class. Schools should not be denying pupils such opportunities or thwarting the perfectly legitimate desires of parents.

When it comes to school holidays, it is the bane of many families’ lives that prices for travel and accommodation jump because of surges in demand as all schools set holidays on or around the same dates. Teachers without school-age children also face this problem.

On the Isle of Wight, the situation is exacerbated greatly by the fact that two of our largest sectors for employment, tourism and agriculture, are seasonal. This means that employment opportunities surge in the school holidays, and many businesses make during these periods the income that can sustain them through the winter. In short, there is a double-whammy for Island parents who, in school holidays are tied to the workplace and who, should they manage to escape for a short break are hit with the price surge that is the experience nationwide.

So we’ve developed an innovative solution, after having pledged in our 2017 election campaign to consult with parents about term dates. Our Children’s Services Portfolio Holder, Councillor Paul Brading, was consistent and clear. If parents wanted a change we would try and make it work; but if they wanted to keep school holiday dates in line with the national pattern for England, no change would be forced upon them. The consultation delivered clear support for one option, and it will now be implemented with effect from the beginning of the 2019-2020 school year – in essence one week will be taken off the end of the summer holidays and added on to the autumn half term to give a two week break during one of which weeks most schools in England are not on holiday, so demand and prices will be lower.

There’s another advantage to this approach as well. As good teachers know, the long summer holiday is often a period in which progress that has been made during term time slips backwards. A shorter summer break will reduce this problem and so enhance academic attainment levels.

So, three cheers for cheaper holidays, fewer unauthorised absences, and better academic achievement. What’s not to like?

This article first appeared on Conservative Home on 2nd April 2018.