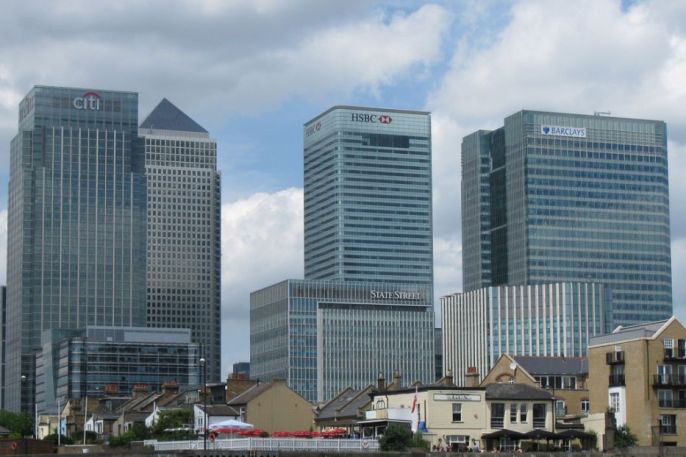 Banks value London and won’t leave, whatever the result is.

London, as its former Mayor Boris Johnson was rightly wont to say, is the greatest city on earth, and the jewel in its crown is that square mile, a city within a city, that is home to its financial services sector, the engine room of much of our nation’s economy.

On a technical point, many of the major financial institutions are now in fact substantially based in Docklands rather than the traditional square mile of the City of London, but the latter remains their spiritual home.

When the “Remain” campaign last week launched its latest blast of balderdash and bunkum, warning that a vote to leave the European Union would see bankers and investors fleeing our shores in large numbers, it understandably made the news headlines. But the claim frankly doesn’t stand close scrutiny. We have to ask why such businesses would leave, and, indeed, where might they go?

Banks and corporate investors like stability, the rule of law, access to a skilled and motivated labour force, a growing economy, access to the world’s major markets, proportionate taxation of their profits and regulation light enough to enable them to operate efficiently, but heavy enough to nurture public confidence in the businesses that operate in the sector.

London offers all these things right now, and would continue to do so after any decision to leave the EU. London is stable, regulation is balanced, the rule of law prevails and were we to join the European Economic Area we would continue to deliver access to important European markets. There is a huge pool of skilled talent upon which to daw. Our tax rates are competitive, and could in any case be reduced to balance any increase in tariffs if they were foolishly imposed by the remaining EU countries.

If we consider the alternatives, France is seeing riots in the streets, an upsurge of socialist unrest, the rise of the far right, and punitive rates of taxation. Paris, whilst a great city in its own right, pales when compared to the diversity and glamour of London when investors are considering where they would like to be. Spain is an economic basket case. Italy and Greece still teeter on the brink of collapse.

Poland? Get real! Which leaves Germany among the larger nations. Yet politics in Germany is now unstable too, the far right in the ascendancy, with the popularity of Chancellor Angela Merkel on the wane, and frankly, Frankfurt, is simply not a destination that bankers would choose for themselves and their families. What is more, the EU, as Descartes would have observed, exists to regulate, therefore it regulates: thousands of pages every year of new, burdensome and largely unnecessary and often counterproductive regulations.

In the coming years, if we were remaining in the EU, the British Government would be fighting for exceptions to those regulations for London: if it did not, then the world leadership of the City of London in the sector would be lost as business was haemorrhaged to Switzerland, Hong Kong, New York, Singapore and Dubai.

To burst the alarmist bubble of the Remain camp is not only easily done, it can be backed up with a case study, a case study of the HSBC review of its location. This huge bank has 47 million customers, 6,000 offices in 71 different countries. It would be easy for it to relocate should it believe that its prospects would be enhanced by doing so. The bank commissioned an internal review of its headquarters’ location, Canary Wharf, and spent quite literally millions of pounds modelling different scenarios in the context of the uncertainty caused by David Cameron’s (correct) decision to call a referendum on Britain’s members of the EU.

After many months, the conclusion of the HSBC Board was that there was no better place to be than London. What is doubly important is that this long-term decision was made before the result of the referendum is known. In short, whether the United Kingdom is in our out of the EU, the world’s most successful banking brains believe that by far London will remain the best place for their business to be based. That is a vote of confidence of which the Government can be proud and from which those who intend to Vote Leave can take great heart.

The banker whom the Remain camp paraded in front of the media to back up their scaremongering was Jamie Dimon, head of American investment bank, J P Morgan. The headlines ran wild with his appearance alongside Chancellor of the Exchequer, with reports that he’d predicted reductions in jobs at the bank in London. Chilling stuff? Actually, no; not if we read precisely what Mr Dimon said.

First, he stated that remaining in the EU constituted a “continuation of a more predictable economic environment” and other commentators feared a more negative attitude towards the access to the EU markets for British based businesses. One thing is certain, he’s wrong about the economic environment of the EU being predictable, there is still a real prospect of the collapse of the Euro Zone as we know it, with Italy and Greece in such dire straits and the groundswell of anger about immigration posing a real threat to the political establishment in almost every major country.

Mr Dimon also added a major caveat of his own that draws the poison from his reported remarks. The job losses “may” arise he warned if access to the EU markets was restricted. But, there would be no incentive whatsoever for other EU countries to seek to damage trade in financial services with the world’s leading market makers in London. Access to the European Economic Area would enable London to continue to benefit from that access as do other countries who are not in the EU. Interestingly, Switzerland, where the world’s banks and its billionaires hold so much of their wealth is not in the EU either, but remains a much more attractive place to do financial business than anywhere in Europe outside London.

Once again, we have unfounded scare stories being packaged as fact, blasted to the media with hyperbole, driving Project Fear to the next level. This column hopes the British electorate will see through the bluster and the cynicism, take their destiny in their own hands, and put their cross on the ballot paper next to “Leave”, as your author did now ten days ago when he returned his postal ballot.