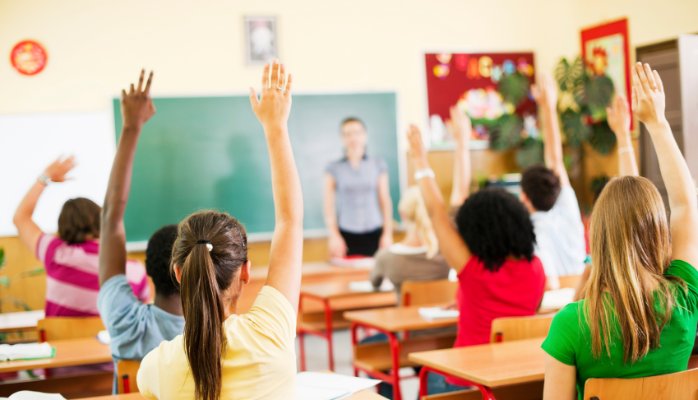 The campaign to force inappropriate teaching about sex upon children in our Catholic schools continues to gather pace. We all need to be vigilant and active to resist the latest threats.

There is a sustained, coordinated, highly motivated and well-resourced campaign under way to force the Education Secretary, Justine Greening MP, to make sex and relationships education statutory. This has involved heavy lobbying behind the scenes, pressure in both Houses of Parliament and, a few days ago, the second in a series of hard-hitting letters signed by the Chairs of no less than five Select Committees of the House of Commons.

Such a move to give statutory status to sex and relationships education (SRE) is not just a technical or semantic change. If the campaign is successful, it would have serious implications for Catholic schools, parents and children since it would mean that civil servants in Whitehall were effectively dictating the detail of the syllabus: what is taught, when it is taught and in what way it is taught. We know from past experience that their vision will be continually to chip away and undermine the principles of the Catholic approach to sex, marriage and associated issues.

To be clear, this column does not argue for one moment that children in Catholic schools should not be introduced to responsible teaching about sex and relationships, far from it. As your author has previously argued, such education is an important part of the Catholic Church’s approach to the development and nurturing of the next generation of the faithful. But, as our excellent Catholic Education Service, which handles these issues for the Bishops in England and Wales, has explained, such teaching must be faithful to the Church's vision of human wholeness whilst recognising the contemporary context in which we live today.

First and foremost, it must involve parents as they are primary educators of their child, a fact of which we are reminded during the sacrament of baptism. Such teaching must provide a positive view of human sexuality and dignity of the human person; whilst also equipping young people with the ability to make practical judgments about the right thing to do in particular circumstances.

A Catholic school is a community, so teaching on these subjects not only has to be delivered in an age appropriate way which reflects the development of the child, but must also be part of the cross-curricular work in both primary and secondary schools so that our students can form a wholesome and comprehensive view of their own, based both upon the sciences of biology and sociology and upon the moral teachings of the Church.

For those reasons, and more, preparing for and delivering the right content, in the right way, to pupils with different needs is generally something that is taken very seriously by governors and teachers as an integrated part of the broad and balanced curriculum that Catholic schools offer. Generally these subjects are delivered by competent professionals who understand the Church's teaching and seek to promote a greater understanding and appreciation of it rather than undermining it as out-dated in today’s secular, sexually promiscuous world.

The Catholic Education Service, under the guidance of its current Director, Paul Barber, has engaged with policy-makers on these issues with considerable success, but that success is now in jeopardy.

What our Education Service is now promoting is a strong case that the wording of this subject area should be changed, so that it is known as Relationship and Sex Education. This reversing of the order of the words “relationship” and “sex” is not without importance, since such a change would embed the exploration of sex firmly within an exploration of the wider and most important context of relationships.

The Service is also calling for better resources for the training and development of teachers of RSE, since having teachers that are in command of their subject whilst also being sensitive to the varying personal, cultural and moral needs of different students is a pre-requisite to good teaching, good educational outcomes and sound moral development. The Service also misses no opportunity to stress the importance of parental involvement in this most sensitive area of the curriculum.

But, as is its tradition, this column invites you not just read and agree with the position the Catholic Education Service is taking. It calls upon its readers to act, to speak up as a counter-balance to the pressures being brought to bear on the current Secretary of State.

We can all write to our local MP asking him or her to press the Secretary of State to respect the sensitivities of this area of the curriculum and to leave Catholic Schools, and other faith and secular schools, free to determine the best way to deliver education in this area in their own local context.

The five Chairs of Select Committees who are leading the Parliamentary assault on that freedom are Maria Miller MP (Basingstoke), Neil Carmichael MP (Stroud), Yvette Cooper MP (Pontefract & Castleford), Sarah Wollaston MP (Totnes) and Ian Wright MP (Hartlepool). Parents of children in Catholic schools in those constituencies should ask for a meeting with their local MP to challenge them as to what they are doing, and why they are doing it. Local headteachers and governors should do the same, inviting those MPs into the school, to see Catholic education in action and to be educated about our approach to the nurturing of our children. Similar action should be taken with Education Secretary, Justine Greening MP, in her own constituency of Putney.

There are useful resources on the Catholic Education Service website www.catholiceducation.org.uk, including briefing material and even guidance on how to arrange an MP visit.

Far too often, and for far too long, we have sat back, disengaged from political discourse, feeling perhaps that our views as Catholics can be treated as marginal. Right now, though, our Bishops, through their Education Service, have taken a lead, and they have set out a clear agenda. If we don’t follow that lead now, then don’t be surprised if the Catholicity of our schools is systematically undermined.