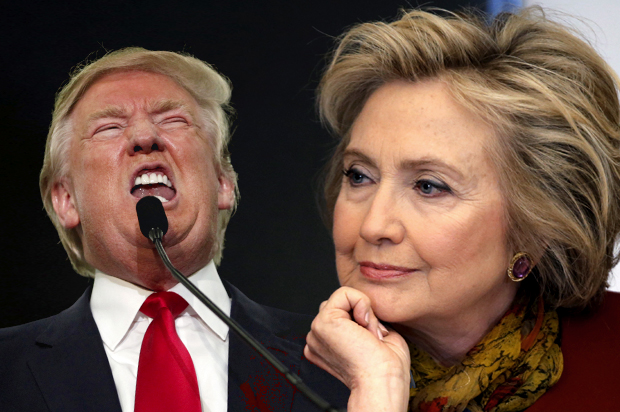 Clinton vs Trump: an unappealing choice with serious global implications

What on earth has led to the apparent suspension of rational thought such that America, arguably the greatest democracy in the world, has left itself the rather depressing choice of either Hilary Clinton or Donald Trump as its next President? How could such an unappealing prospect have been sold to those involved in the selection process and what on earth will be the outcome and its implications for the world?

On paper, of course, Hillary Clinton offers a curriculum vitae packed with experience. She was first elected to public office in 2001 and stepped down from an elected position in 2009. Clinton has served as an elected official for a total of 8 years, which is 7 less than the average 2016 presidential candidate (15 years). But, her trump card, is that she was also First Lady as the wife of President Bill Clinton from 1993 to 2001, and prior to that alongside him when he was Governor of Arkansas.

Donald Trump has never held elected public office, though he does have some experience in the business sector overseeing hotels and casinos.

In terms of wider experience, Clinton is a former professor of Arkansas Law School, an attorney, an author and a board member of one of the world’s largest retailers, Wal-Mart.

Donald Trump has some experience in the business sector overseeing the same hotels and casinos.

Hilary Clinton has learned to be calm under pressure, to consider her remarks before she makes them, and to understand how the nuances of rhetoric are important in sending more subtle messages to different electoral communities.

Donald Trump appears inconsistent, at times irrational, always insensitive and uncaring of the impact of his remarks on minority communities.

Late night tokers everywhere can breathe out a long sigh of relief though, because both candidates appear to deny that smoking marijuana is a gateway to other drugs.

Hilary wants central government stimulus to boost prospects for growth, would oppose the privatisation of social security, and would not be keen on expanding the military. Donald would roar for the opposite in all these areas.

Worrying for international observers, particularly a post-Brexit United Kingdom, both candidates have taken policy positions which fail to prioritise the importance of free trade and, to different extents, support protectionism. In terms of international engagement, Trump would avoid foreign engagement, whereas Clinton claims to support it.

Trying to nail Trump’s views on abortion, one of the great electoral dividing issues in America, is like nailing jelly to the wall. A few weeks ago, he managed to have expressed five very different positions in no less than three days, and over his career his opinions have swerved all over the place depending on to whom he was talking. Clinton is at least clear and consistent in supporting a woman’s right to an abortion.

The results of opinion-polls fluctuate during campaigns, but it is interesting to see that they suggest that voters think that Trump is a stronger leader than Clinton, would be more effective against Daesh/Isil in the Middle East, is more inspiring, and would create more jobs.

Clinton, on the other hand, out-scores Trump on perceptions of her intelligence, being better prepared for power, and for “getting things done in Washington”.

So far, so rational in terms of examining the suitability, the preparedness and the views of the two candidates. Yet the biggest fear is that the final outcome will be determined not by hard core democrats and republicans who will now unite behind their own candidates almost regardless of their views, but rather a second section of the electorate, those who really just don’t care about the candidates’ views and will be voting on other issues, perceptions and priorities.

There will be a strong swell in support for Trump, pundits believe, from the “anti-politics” vote, the plague on all your houses demographic who feel that they have not benefited from the globalisation that America has in the past led; those who are struggling with long-term unemployment, low wages and lack of education and opportunity; who are concerned about immigration and don’t accept the argument that America has a duty as the World’s Policeman to become involved in military and diplomatic adventures overseas.

There will be strong opposition to Clinton from the same and similar demographics who perceive that with a lengthy career at the top of the political elite, one of the privileged few, she doesn’t really understand the priorities and aspirations of whole sections of the community, whilst Trump with his fiery rhetoric stirs the passion of patriotism.

Comparisons between Trump and Nigel Farage in pandering to similar prejudices and constituencies can be taken too far. But the fact is that Farage’s Ukip did infect British politics with the virus of xenophobia which led to a hysterical media response to those who come to our country either to seek asylum or to live and work with their families, it contributed to the split in the Labour Party and tipped the balance for Britain to leave the European Union.

This column cannot bring itself to support either of these lack-lustre, uninspiring, insincere, opportunist candidates for the greatest elected political office in the world. But, on balance, in words that express no attraction to the alternative candidate, your author is even more dispirited by the possibility of a Trump Presidency than he is by a Clinton success that would reward her careerism and privileged status.

What a depressing prospect for democracy, world trade and world peace. If ever there was a case for a third candidate in the US Presidential election, this is it. Somebody, anybody, please; on the ticket “I’m not as dreadful as the other two choices”.