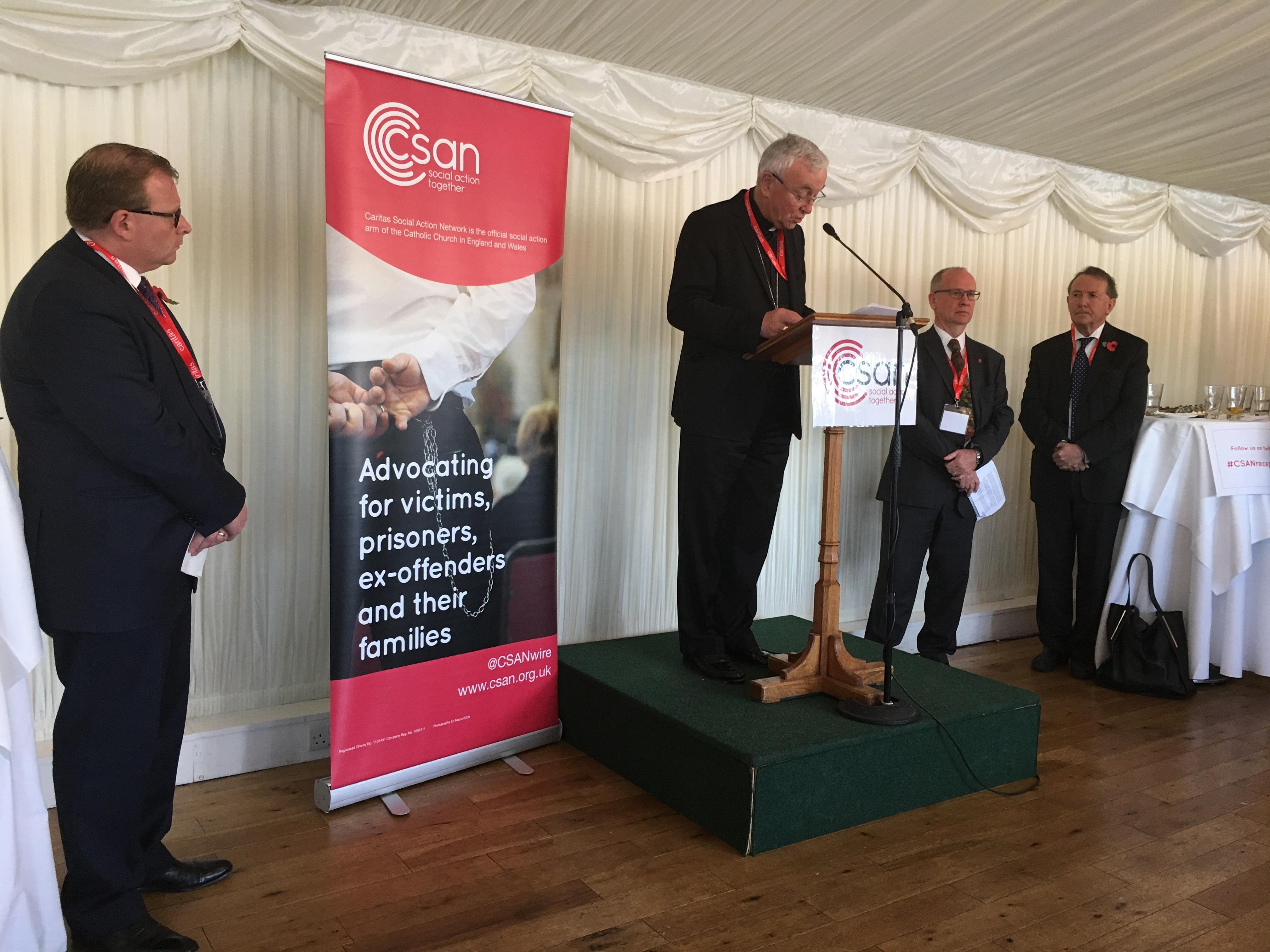 Councillor "on the right road" to prison reform

Councillor Chris Whitehouse (Conservative, Newport West Ward) joined the Communities Minister and the Cardinal Archbishop of Westminster at a Parliamentary Briefing Meeting to launch a new initiative to bring about prison reform titled “On the Right Road”.

Cllr Whitehouse says: “Given the number of prisons and inmates on the Island, I was privileged to be present to help launch this paper calling for better education for prisoners, more support for their families, increasing budgets and training for staff, tackling drugs and squalor, prioritising action on self-harm and suicide, improving the prison health service and improving practical support for released prisoners to assist them to find accommodation and employment and fully to reintegrate into society. It’s in the interests of prisoners, their families and society as a whole that the forthcoming government White Paper on prison reform gets us back on the right road in our approach to prisons.”

The issue of the proposed merger of some powers of the Isle of Wight Council with the cities of Southampton and Portsmouth was also raised with the Minister, with Cllr Whitehouse adding: “As Mr Jones also shares responsibilities for local government, I took the opportunity to register with him the deep  concerns of the overwhelming majority of Islanders about being forced against their will into a merger with Southampton and Portsmouth. It would be a disaster for the Island if our interests were to take second place, as a rural and tourist economy, to those of two major industrial port cities. I will be following up on my conversation with the Minister more formally. It is quite wrong, and without any electoral mandate whatsoever, for Council Leader Jonathan Bacon with the support of Labour, to ride rough-shod over the views of islanders in this way.”