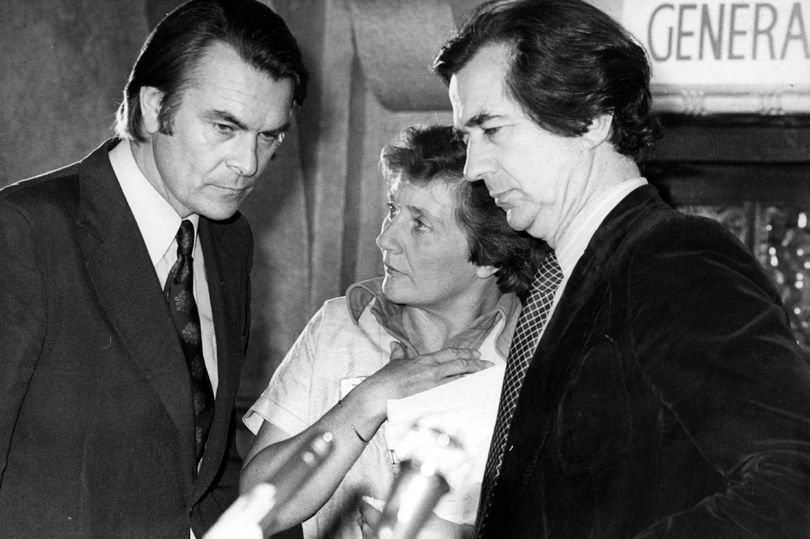 Is it time for the moderates to leave Labour?

With Philip Hammond’s “screeching, embarrassing u-turn” on the Budget proposals to raise national insurance for the self-employed, Labour should have had the Prime Minister on the ropes. With tensions with the Scottish Government on devolution, combined with the housing shortage, school funding campaigns, national health services finances in a mess, and with Brexit now happening, the Labour Leader, Jeremy Corbyn, should be landing body-blow after body-blow on his Conservative opponent. Instead, we see a damp squib of challenge, a rhetoric that fails to strike a chord with the people, and an Opposition in disarray.

With Ukip in civil war, with its main funder leaving the party; with the Liberal Democrats still on the margins, and with Labour effectively emasculated by its politically impotent Leader, we now have not so much a multi-party democracy, but, at least for England and Scotland, a two party system. The Conservatives are in power in Westminster and are set to make sweeping gains in local government elections in England on 4th May because the last time these seats were up for election, Ukip were at a peak of popularity at the time of the debate on same sex marriage. Ukip’s star has waned, understandably, since their main reason for existing – to get the United Kingdom out of the European Union – is being delivered calmly and determinedly by the Conservative Government under Theresa May.

If any effective opposition is being delivered in Westminster, it is coming from the Scottish Nationalists, whose spokesman, Angus Robertson MP, delivered the cutting allegation of the “screeching, embarrassing u-turn”, not from Labour or the Liberal Democrats; to be fair, Conservative MPs themselves are doing a good job of opposing their own Government since it was their rebellion which prompted the u-turn on national insurance (for which this column called).

In Scotland, the Conservatives are now running second to the SNP in the opinion polls and with elections to be held across the local authorities of Scotland on 4th May, we could see devastating Labour losses to the benefit of Conservatives and to some extent the SNP.

Sensible, moderate Labour MPs privately despair about the state of their party and its direction of travel, down, down, deeper and down. Some of its greatest talent is leaving Westminster politics to seek positions as metropolitan mayors or to leave frontline politics altogether. The coming selection process following the implementation of boundary changes throughout the country will see others bailing out before the ship sinks.

Seldom has a once great party been so marginalised and ineffective, but it is not the only time Labour has been in such dire straits. The same happened just over 35 years ago, as one of the leading political activists of that time, Baroness Shirley Williams, has recently reminded the political community. In her late nineties, bright as a button, and drawing upon over 70 years in public life, Baroness Williams was one of the “Gang of Four” who set out to break the mould of British politics in 1981 by breaking away from the Labour Party to found the new Social Democratic Party.

Together with Roy Jenkins, David Owen and Bill Rodgers, Shirley Williams looked at the parlous state of the Labour Party. It had been infiltrated by the hard-left Militant Tendency, had a hopelessly lacklustre, and patently un-electable leader, Michael Foot. Labour was dying as a political force, if not flat on its back, it was on its knees and degenerating rapidly. The similarities with today’s situation are glaring, but there is one fundamental difference.

Labour in the early 1980s was opposing a Prime Minister, Margaret Thatcher, with a substantial majority in the Commons. Even with an effective Leader, Labour would have struggled. That Labour today, with the dismally performing Jeremy Corbyn at its head, cannot mount an effective opposition to a Conservative Party with a tiny majority, and with its own in-built opposition both on Brexit and on economic policy, is alarming to the point of calamitous.

Writing in the Daily Telegraph last week, Baroness Williams drew the comparisons to the attention of Labour with great clarity. The question is whether sensible, moderate Labour MPs should stay where they are, drifting towards the next General Election (whenever it comes) like turkeys towards Christmas, or whether they should leave the Party now, form a new one, and reinvent the centre left of British politics before it is too late.

Of course, such a move, leaving Labour to create a new party, may not deliver electoral success for the centre left at the next General Election (though Brexit, if it all goes horribly wrong, could do that job for them), but it might realistically bring about the realignment that is necessary to lay the foundations for the following election a few years later.

There has, rightly until now, been a real debate within Labour as to whether the moderates should stay and fight for the soul and control of their party to those of sound political judgement, or whether they should leave and regroup on new territory. Well, it is clear from the many recent acute failures of Jeremy Corbyn and his controlling clique, from the increasing dominance of the entryist faction Momentum, and from the chronically dysfunctional parliamentary party, that the fight for control has been lost by the moderates to the extremists.

Those who wish to see an effective, centre-left opposition returned to our national politics, need to think hard, but not for too long, about making the move that will bring down the crumbling edifice that is the Labour Party today. They should do so not only in the interests of their own political philosophy, but also in the interests of our parliamentary democracy that requires for its proper function an effective opposition that is a government in waiting. It certainly hasn’t got such a credible opposition at present.