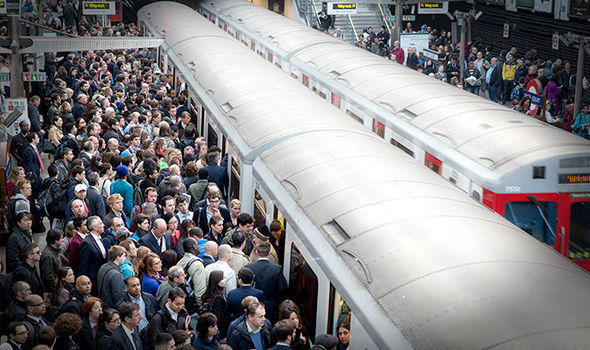 It’s time to limit the power of the trade union hard-left oligarchs.

Recent strikes by militants have undermined the reputation of trade unionism, alienated the public, and given Theresa May a mandate to bring forward further legislation to curb their disruptive action.

Strikes called recently by some of the most militant trade unions including the British Medical Association, have put at risk the lives of thousands of patients, left tens of thousands more in unnecessary pain and discomfort and, in some cases, have jeopardised the continued functioning of whole sections of the National Health Service.

Other disputes mounted in the transport sector by the RMT and Aslef have also been about maintaining inefficient staffing levels, keeping costs to commuters unnecessarily high on Southern Rail in particular, and disrupting lives and businesses for no good reason. The strike called by the Communication Workers Union in main branches of the Post Office in the week before Christmas was nothing more than a blatant and cynical attempt to inconvenience its customers going about their lawful business.

None of these industrial disputes have merited much public sympathy. Indeed, the junior doctors’ strikes called by the British Medical Association (BMA) last Autumn caused such damage to the reputation of the medical profession that leaders of Royal Colleges and senior doctors went very public in their criticism of the recklessness of those involved in organising them. Support for the doctors collapsed rapidly as patients and their families were caught up in the campaign of mass distress orchestrated by a left-wing clique within the BMA.

This kind of self-serving attack on the convenience and well-being of the public is tragic for the long term future of trades unions which have, at times, played a noble role in defending the rights of workers against exploitation. Those of us who have supported trades unions and at times been active within them look with dismay at what has happened to them in recent years as workers have voted with their feet and left them in their droves.

Government figures reveal that in 2015 there were only 6.5 million employees in the United Kingdom in trade unions, a collapse in support to just half the level at their peak of 13 million in 1979. In terms of percentage of the workforce (24.7%) this is the lowest rate of trade union membership recorded since 1995. Interestingly, female employs are more likely (27.7%) to be in trade unions compared to male employees (a paltry 21.7%).

The clearer difference, however, is between the levels of membership in the public sector (just under 55%) compared to the private sector (just 14%). What this means, of course, is that public services can still be held to ransom by militant trade unions, distorting the systems, structures and rewards in a way that diverts the focus from the patient or other service user to the desires of the employees or the unions. The private sector, generally speaking, has found better ways, within the context of overall employment law, to recruit, retain and motivate its employees so that high quality goods and services can be delivered as good value for money to customers.

The private sector strikes on the transport system, which is still heavily regulated by government and its agencies, and which remains reliant upon public financial subsidies, are one of the few remaining bastions of union membership and subject to the power of unions to disrupt services.

In short the vast majority of workers see no need to join a trade union. Yet they, and their families and friends, are users of the very services that the unions are continuing to disrupt. So, attitudes have swung further against the unions in the public policy debate than has been the case for some years.

The recent, truly shocking campaign by Len McCluskey to retain his position as head of Unite the Union, has heightened public concern even more about the influence of the unions in our country. McCluskey has made it clear that he, and pretty much only he, will be the one who decides when Jeremy Corbyn and John McConnell step down as Labour Leader and Shadow Chancellor respectively. This is a truly dreadful state of affairs that will see the foundations upon which the Labour Party has been built undermined still further.

Sean Hoyle, President of the RMT, has made quite clear the real reasons for the strikes targeting the passengers of Southern Rail. He wants to “bring down the bloody working class hating Government. That’s what we do. That’s what we’re all about”. He even went on to boast of his greater desire “to replace the capitalist system with a socialist order” and that if trade unions “all spit together we can drown the bastards”. For whom in today’s society is he speaking?

This is not democracy, it is trade union oligarchy corrupting not just the Labour movement, but also our parliamentary democracy and the constitution of which it is a vital part. The Labour Party must find a way to reform itself, and rapidly, if it is not to become a political zombie, with no real life left in a once proud and respected movement. Theresa May must also bring forward considered and balanced proposal for further fundamental reform of the laws governing the way trade unions operate and, in particular, the extent to which they are able to disrupt vital services affecting millions of people at a time.

Your author’s good friend, Labour MP Meg Hillier, who is not unknown to this newspaper, admitted it recently when she said that the union have gone too far and have “shot themselves in the foot”.

Chris Philp MP has recently set out a measured three-point plan which he urges the Prime Minister, Theresa May, to consider in relation to critical public infrastructure such as the National Health Service, ambulances, fire services, public transport and communications networks. First, strikes on critical public infrastructure should be brought before a High Court judge to decide whether the proposed strike action is “reasonable and proportionate”. Secondly, such strikes should continue to allow 50% capacity at all times. Thirdly, there should be mandatory mediation to prevent negotiators from either side of a dispute flouncing out and being unwilling to have meaningful discussions.

There should be wide and deep consultation prior to action, but that consultation should start soon. These are hardly draconian proposals, they would meet with widespread support from service users, whilst not preventing trade unions (and other workers) exercising a right to take strike action when they have a just grievance. What these steps would do is to prevent the abuse of trade unions and their power by a small, hard-left clique of militants.

Such proposals would have this column’s active support and discussion about them should be encouraged by all reasonable people in the interests of patients, travellers, the Labour Party, and trade unions themselves.

Cllr Chris Whitehouse KCSG is Chairman of Westminster’s leading political consultancy, www.whitehouseconsulting.co.uk, Secretary of the Catholic Legislators’ Network, a Trustee of the Right To Life Charitable Trust, and a Member of the Isle of Wight Council (Cons. Newport West)