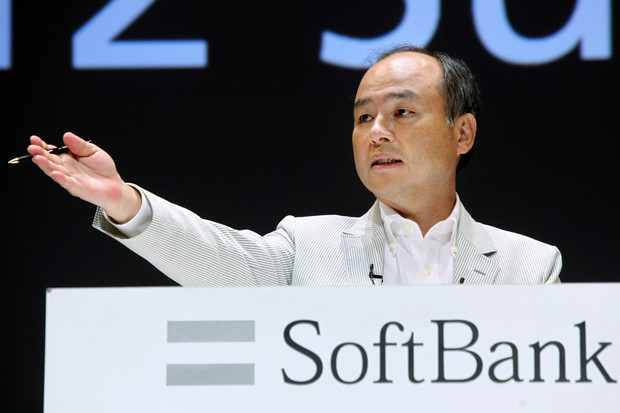 Obituaries of the British economy post-Brexit were rather premature.

Don’t be panicked by one survey suggesting a downturn, most indicators suggest that the Cassandras who warned of a post-Brexit economic Armageddon were either mistaken or intentionally misleading us.

That’s why Theresa May’s first act as Prime Minister was, rightly, to sack the former Chancellor of the Exchequer and Cassandra in Chief, George Osborne, for his role in the lead of Project Fear – he was either completely wrong in his assessment or fibbing on a grand scale, neither of which is acceptable by a holder of that great and sensitive office of State.

Sterling did drop in value last week against many currencies on the news that the Purchasing Managers Indexes (PMI) (usually solid indicators of orders placed by businesses for raw materials, equipment and services) fell sharply in July. If that turns out to be a long-term trend, then it would indeed be grounds for significant concern. But we have no reason as yet to believe that it will continue in worrying territory because the purchases made in July reflect in part decisions to hold off investment that may have been taken several weeks earlier, prior to the Referendum result being known.

To get a better picture of where our economy is post-Brexit, it’s wise to look at a wider range of measures and not be alarmed by the alarmist headlines the media slapped across their reports of the PMI survey.

The decision by Japan’s Softbank to purchase British technology company ARM was a £24 billion vote of confidence in the long term future of post-Brexit Britain and is the largest Asian investment ever in our industry. The FTSE100 has risen steadily and substantially, and even the FTSE250, which took an initial knock after the result of the referendum has begun its climb.

The high street bank, TSB, has published detailed information on its activities and those of its millions of customers since the result of the referendum was declared. It showed that whilst there were a few days after polls closed on the Thursday during which mortgage activity fell, by the following Tuesday it was back to normal levels. This is possibly because family incomes are now generally rising and employment is at a historic all-time high, for which, despite remarks above, some credit should go not only to George Osborne, but also to the former Secretary of State for Work and Pensions, Iain Duncan Smith, whose record of success in office deserves wider recognition.

The engineering company Siemens which has warned of major job losses in the United Kingdom, and even used its headquarters as a stage for one of the then Prime Minister, David Camerson’s, direst warnings of economic doom, has since announced that it has reconsidered, sees no reason to proceed with any relocation and will continue to invest in Britain.

The HSBC bank, once of the world’s greatest financial institutions, long before the actual poll concluded a thorough review of all global options for the location of its headquarters and concluded that whatever the referendum result, Britain was till the place to be.

The Bank of England (remember the melt-down predicted by its Governor, Mark Carney as part of Project Fear?) has recently found “no clear evidence of a sharp general slowing” and that consumer spending has held up. Other indicators suggest that consumers and small businesses didn’t panic and over-react as perhaps they did during the big crash of 2008. There are understandable reasons for that. Debt in the form of mortgages and loans taken out both by households and by businesses is significantly lower than it was back then. We are living within our means to a greater extent than we were.

Put simply, for most of us, after a weekend of stunned shock after the result of the Referendum sank in, life went on pretty much as normal. It was only in the Westminster village and the City that those who had called the result so badly wrong were in total chaos and turmoil, with once brilliant careers ended and financial bets lost.

The Conservative Party extricated itself promptly and with a ruthless efficiency from that turmoil, chose a new Leader who can unite the Remain and Brexit camps within the Party and deliver a steady hand on the tiller as this column last week observed in more detail. Labour continues in a state of total chaos, which, ironically, gives investors greater confidence that there will be no further change in political direction any time soon. Labour is possibly now in its death-throes as a Parliamentary political party and has made itself irrelevant to the British economy.

Part of the appeal of the new Conservative Government, with its steady as she goes, down to business approach, is that it will not be rushing to invoke Section 50 of the Treaty which is the trigger to start the two-year timetable towards our actual departure from the European Union. That caution is precisely what this column predicted. Theresa May has already met her counterparts in the other leading EU nations, Germany and France, and made it clear that Britain won’t be rushed. That means we won’t be leaving the Union for possibly nearly three years, during which business has continuity and towards the end of which it will have certainty about the regulatory environment in which it will be operating once we actually leave.

That is not to say there are no threats to our economy post-Brexit, of course there are, but remarkably few of them are directly linked to the result of the referendum. The big factors remain global: the price of oil, the growth or otherwise of China, the outcome of the American Presidential election and its implications for free trade, conflict in the Middle East, and the behaviour of Russia, Turkey and President Assad of Syria. Oh, and, of course, all the unknown unknowns which are potentially the most serious threats if only we could identify them!

The impact of the lower value of sterling on the costs of raw materials needed by our manufacturing sector is a concern, but that low value is potentially a major boost for our exporters. It seems also that there has been a very significant increase in the number of families deciding to spend their main family holiday this year at home in the United Kingdom. That spending boost will have a real impact on our economy, particularly boosting the small and medium sized businesses that are the main operators in our tourism and leisure sectors.

Uncertain times they are, but they should not be frightening. As this column has continually argued, Brexit creates more opportunities than threats, and whether readers like the referendum result or not, we are all “leavers” now. We need to make this new stage of our nation’s history work, for all of us, not just for the privileged few, as Theresa May rightly said on assuming her office as Prime Minister.