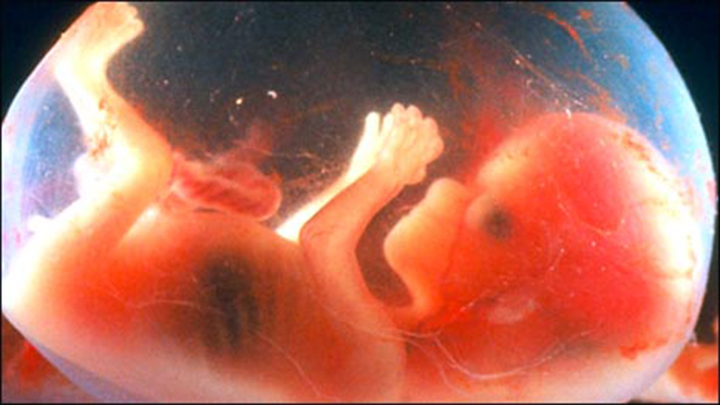 Parliamentary threat could deliver abortion on demand up until birth.

On Monday 13th March, a Ten Minute Rule Motion will be moved in the House of Commons seeking leave to introduce a Bill, a proposal to change the law, which, if enacted, would deliver abortion on demand up until birth.

The initiative, backed by the British Pregnancy Advisory Service (BPAS), is being led by the Labour MP for Hull North constituency, Diana Johnson, and is the latest in a series of threats to remove all legal protection for unborn children. Ms Johnson will have ten minutes to speak in an attempt to persuade the Commons to back the introduction of the Bill and one Member will be able to speak for ten minutes to oppose the move.

This extreme proposal, described as an attempt to “decriminalise” women who have abortions, would remove the very definition of the offence of abortion from the Offences Against the Person Act and in so doing would remove the requirement to have two doctors certify that the abortion was legitimate on one of the permitted grounds for abortion. It would also, as the online briefing behind the campaign makes clear, remove all gestational upper limits for abortion.

If ever passed, a law of this kind would be no law on abortion at all, a free for all, putting us on a par with North Korea, China and Vietnam…. and, sadly, Canada, which has, according to the Canadian Medical Association Journal, allowed a situation in which “Easy access to abortion and advances in prenatal sex determination have combined to make Canada a haven for parents who would terminate female foetuses in favour of having sons”.

Such removal of all limits to abortion is the stated aim of Anne Furedi, the Chief Executive of BPAS, who, at the London launch of the campaign, said: “I want to be very, very clear and blunt…there should be no legal upper limit”. This kind of extremism is being actively promoted by the pro-abortion lobby.

The head of BPAS, Cathy Warwick, is also head of the Royal College of Midwives and used that position of trust to commit the College to backing this campaign – a move that has been opposed by over 1,000 midwives who have signed an open letter of protest against what has been done in their name and without them being consulted. At the same time, the General Pharmaceutical Council, backed by the National Secular Society, is seeking to undermine the right of pharmacy professionals to decline personally to dispense the morning after pill which can function as an abortifacient.

What is particularly shocking about this radical move to remove all legal restrictions on abortion is that it is directly contrary to the views of the overwhelming majority of women. A poll in 2012 found that only 2% of women thought that abortion should be permitted beyond the current general gestational limit of 24 weeks, and 50% actually favour a reduction, not an increase, in that gestational limit.

The situation that exists in Canada where sex selective abortion takes place regularly is opposed by 88% of women, and 92% of women believed that women seeking an abortion should still be seen in person by a qualified doctor. Such medical supervision is undoubtedly in the mother’s own best interests.

Presenting this measure as “decriminalisation” of women and as a move to repeal a “Victorian” law is disingenuous in the extreme. It’s a blatant attempt to disguise what is really afoot – a move to allow abortion on demand up until birth without the need for any reason and without medical supervision. To be clear, the Offences Against the Person Act is the legislation that also sets out the crimes of murder and manslaughter. Should those sections be repealed just because they are longstanding offences in law? Obviously not!

All those who uphold the sanctity of human life and who wish to preserve women’s health against this radical assault by the abortion industry need not only to pray, but also to act, and to act fast. It is essential that all Members of Parliament are inundated with letters and emails to balance the industrial system generating emails to them from the pro-abortion lobby. The campaign being run to allow midwives to oppose these radical proposals has a tool for sending emails to local MPs. It can be accessed at: www.notinourname.co, or you can write to your MP at the House of Commons, London, SW1A 0AA. If time is short, you can call the House of Commons switchboard on 020 7219 3000 and ask to be put through to your MP’s office to leave a message.

Never before have such extreme and radical proposals been seriously promoted in the House of Commons. It is a sign of what lies ahead for those who wish to defend human life from conception to natural death. We must be on our guard like never before, and this column urges you both to alert your MP to this threat of abortion on demand up until birth and to make a donation to Right To Life to enable them to continue their intensive campaign to hold the line against the rising tide of the culture of death and darkness. You can support Right To Life at www.righttolife.org.uk.

For evil to triumph, it has often been said, all that is necessary is for good men and women to do nothing. Now is the time to act. On behalf of the unborn innocents, please do so. Thank you.

This article first appeared in The Catholic Universe of 3rd March 2017.