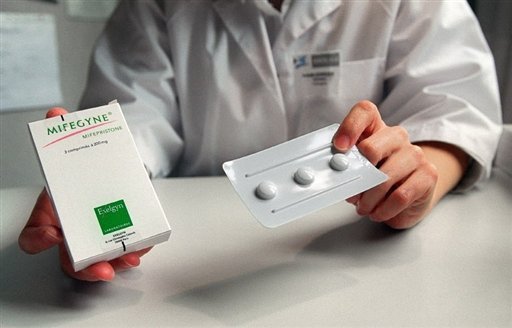 Careers in pharmacy could be put beyond the reach of those who hold pro-life views if the General Pharmaceutical Council gets it way.

The body that oversees pharmacists and pharmacy technicians looks set to deny those professionals the right to act according to their conscience when it comes to issuing the abortifacient morning after pill, in a move that could see careers in pharmacy being a non-starter for those who hold pro-life or strong religious views.

The General Pharmaceutical Council which is the regulator for such pharmacy personnel and their premises throughout England, Scotland and Wales has launched a public consultation on how to interpret its new rules with effect from 1st May this year.

One of those rules, Standard 1, requires that “pharmacy professionals must provide person-centred care”, a requirement that has been illustrated with examples which, up until now, have accepted that there will be occasions when the conscience of the individual means that they cannot personally provide the medication, treatment or service being requested. In such circumstances, it has been the case until now that the pharmacy professional should “tell relevant health professionals, employers or others if their own values or beliefs prevent them from providing care, and refer people to other providers.” In short, a pharmacist who doesn’t wish to issue an abortifacient drug, could refer that patient/customer to another colleague.

Under the new example given in the consultation document, that option to refer to a colleague would be removed. In future, it proposes, that the pharmacy professional will have to “Take responsibility for ensuring that person-centred care is not compromised because of personal values and belief”.

The consultation document goes on to make absolutely clear the practical implications of this change saying: “These proposals will change the expectations placed on pharmacy professional when their religion, personal values or beliefs might… impact on their ability to provide services. They will shift the balance in favour of the needs and rights of the person in their care... under the new proposals, a referral to another service provider might not be the right option, or enough, to ensure that person-centred care is not compromised. This is a significant change from the present position”.

The same might in principle apply to a pharmacist who had a moral objection to providing contraceptives, though it’s hard to imagine an individual with those views ever securing employment in the first place. And therein in the threat. How could a Catholic, an Evangelical Christian, those of the Muslim and Orthodox Jewish traditions conform with a requirement to provide abortifacients? The consultation, however, raises the threat of criminal sanctions for those who do exercise such a conscientious objection, warning that pharmacy professionals should not put themselves in a position where refusal to provide services would “result in a person not receiving the care or advice they need, or breach human rights or equality legislation”.

The guidance document in which the wording is proposed to be changed cites the Equality Act of 2010 as the source of the impetus for this change because, among other things, it prohibits discrimination on the grounds of gender reassignment, marriage, civil partnerships, pregnancy and maternity, race, sex or sexual orientation. The irony is that the same Act, in the same list of “protected characteristics” explicitly prohibits discrimination on the grounds of “religion or belief”.

So, the Act of Parliament that supposedly protects the right of pharmacists not to be discriminated against because of their religion or beliefs, is now being invoked to create just such a situation of discrimination. In creating this discriminatory situation, the consultation document even acknowledges that under the law, all these “protected characteristics have equal status”, then seems blatantly to ignore that requirement.

If this change is made, and the right to a conscience is denied to pharmacy professionals and their employers, it is hard to see how any pro-life person could in future enter the profession, and it is only a matter of time before such careers are closed down as options for those who hold such views.

As ever, this column does not just sound the alarm so that its readers are aware of an issue, it requires action as the proper response to a threat of this kind. Pharmacists, pharmacy technicians, and pharmacy owners or managers, should immediately engage with this consultation by their regulatory body. But hurry, the consultation closes on 7th March.

The consultation document can be found here: www.pharmacyregulation.org/valuesbeliefs.

But, it isn’t just those involved in the pharmacy profession whose views matter. Any individual can respond to the consultation; after all, we’re all pharmacy customers/patients at some point in our lives. It is simple to answer the questions in the consultation and we should all do so. Doctors, nurses and midwives clearly have an important voice in the debate, as do clergy concerned about the welfare of those for whom they care spiritually.

We can all send a short, simple letter to our local Member of Parliament, pointing out that the proposed change is contrary to the spirit of the Conscience Clause of the Abortion Act and to the provisions of the Equality Act that religion and belief are protected. Or, take out the scissors, cut out this article and send it to your MP, ask them to read it and to respond.

We have already seen the impact of the Abortion Act in driving those of faith or pro-life views out of careers in obstetrics and gynaecology. It seems that the same rising tide of discrimination is about to engulf our local pharmacists too.