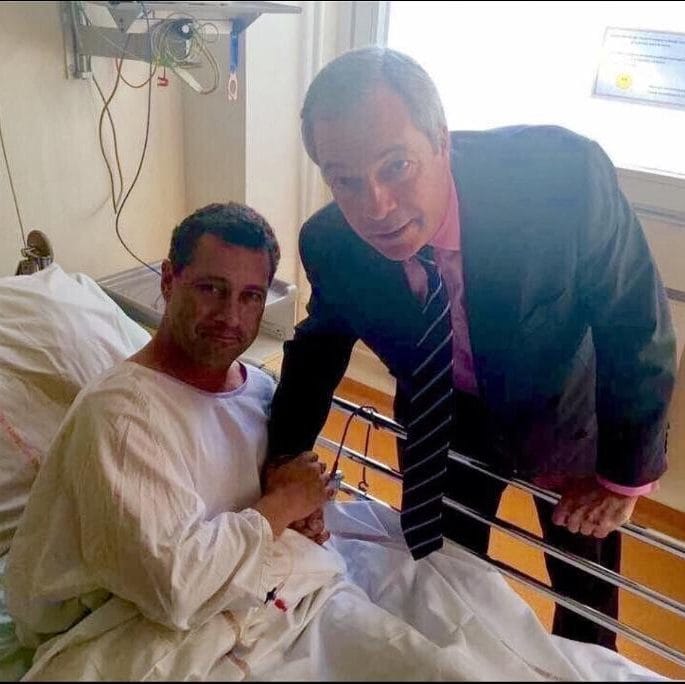 Politics edges from farce to tragedy as Theresa May ploughs a straight furrow.

Good grief, a huge part of our political culture seems to be slipping from farce to tragedy.

It’s not only that Labour’s grassroots have effectively signed an electoral suicide pact by returning Jeremy Corby as their Leader with an even bigger mandate; but also that Ukip is devouring itself at senior level with no sense any longer of why it even exists.

Ukip’s Leader, Diane James, elected to that role in mid-September, resigned after only 18 days in post, claiming that she lacked the necessary authority within the Party to give it the direction and momentum it needed. Within days, we have the news of an unseemly altercation between two Ukip Members of the European Parliament, one of whom, Steven Wolfe, is a candidate in the now to be re-run Leadership elections. Wolfe ended up collapsed on the floor and was admitted to hospital with blood on the brain. Nigel Farage is back from the political dead, once again, as Ukip’s Acting Interim Leader, after presumably somebody removed the stake from his heart.

What is doubly confusing about Ukip’s existential crisis, is that it’s a party that should be celebrating its success, at least if that success is measured in policy outcomes rather than seats in Parliament.

Ukip demanded a referendum on our membership of the European Union. David Cameron as Conservative Leader agreed to that request as a pragmatic means of maintaining at least a façade of party unity on the issue of Europe in the run-up to the last general election. The referendum was held, and the desire of Ukip and its pugnacious Leader, Nigel Farage, to leave the European Union was supported by the majority of those who voted.

The current Prime Minister, Theresa May, has not only made it clear that Brexit will be delivered by her Government, but also that the free movement of people will be curbed to address the more xenophobic demands of Ukip that net immigration be halted.

As a cherry on the icing of Ukip’s cake, Prime Minister May has also announced that new grammar schools will be allowed; which was one of Ukip’s additional populist demands.

Yet the personalities, the warring egos within the Party, in flailing around to look for its purpose in the post-referendum political environment, seem to be dragging it down and with it the reputation of our country abroad, particularly within the rest of the European Union whose respect for the Brexit vote, limited as it may previously have been, would understandably now be in tatters.

We have a Scottish National Party that, again, is floundering around looking for its role in the post-independence referendum era and following the referendum on the European Union, both of which it “lost” in terms of its own policy aspirations.

The pigeons are coming home to roost for the Party now in Scotland as the fall in the price of oil means its dream of an economically sustainable independent Scotland within the European Union is over, completely, as even the Scottish electorate are drifting away from the mirage of independence over the horizon. Combined with a lack-lustre record of performance in Government, it’s hard to see where that Party goes as the tactic of simply blaming the “Westminster” parties for their troubles starts to wear thin. The SNP’s vision for the future appears to have petered out.

But as Labour MPs returned to Westminster this week from their Party Conference Recess, it is they who must be plumbing the depths of darkest political despair.

Corbyn can never win them the general election that would be necessary to secure the opportunity even to begin to deliver on his extremist left-wing policies; and the baying mob of the extremist activists who now control Labour are trundling out the guillotine of reselection that will face so many Labour MPs as the Boundary Review is implemented and the number of seats on the House of Commons is reduced from 650 to 600.

Corbyn’s Shadow Cabinet reshuffle has not healed wounds, but has reopened them. The sacking of the Chief Whip, Dame Rosie Winterton MP, who did much to hold Labour together over the last year of its terminal infighting demonstrates the vindictiveness that a determined Jeremy Corby and his cabal of cronies and fellow-travellers are prepared to adopt.

The sight of Kier Starmer, who politicised unacceptably his previous role as Director of Public Prosecutions, taking a role in a Corbyn Shadow Administration is as depressing as the appointment of the buffoon of Diane Abbott as Home Secretary. The pay-back to Shami Chakrabati not only with a seat in the Lords but also with a role as Shadow Attorney General, is overly generous even for her report which white-washed over the cracks of anti-semitism in Labour’s ranks and diminishes her in the eyes of so many of those of us who had previously been admirers.

The reshuffle even saw the Chairman of the Parliamentary Labour Party, John Cryer MP, writing to Corbyn to complain not only that he had not been informed about the reshuffle, but that it flew in the face of an earlier vote by the Parliamentary Party overwhelmingly to back a return to elections for Shadow Cabinet places. If this was a successful reshuffle, it was successful primarily in further entrenching positions of alienation and antagonism; of revealing a vengeful approach by Jeremy Corby to his critics; and the burying for potentially decades of Labour’s electoral prospects.

But if you thought things couldn’t be any worse, try a glance over the North Atlantic. This column cannot even begin to comment on what is happening in America. How on earth did the greatest democracy in the world allow itself to drift into the dreadful position of a choice between the dangerously maverick, misogynist, xenophobe Donald Trump, and the careerist, opportunist, ineffective and frankly dissembling Hilary Clinton? Things do not augur well for the free world and free trade given that depressing democratic choice to be made in now just a few days’ time.

Meanwhile, here in the United Kingdom, Theresa May is quietly getting on with the job of taking tough decisions, in the interests of the whole country. The decision on the new nuclear power plant at Hinckley has been taken, the decision on airport expansion is imminent, grammar schools are back as an option, Brexit will be delivered, Trident will be renewed, new aircraft carriers will be delivered and commissioned; taxes will not rise; the stock market has boomed; the Boundary Commission Recommendations are being implemented; new trade deals are being discussed around the world, and social inclusion is to be a political priority.

Thank goodness for that safe pair of hands at the top of Government, and the experienced, high calibre team that Mrs May leads.

This article first appeared in The Catholic Universe of 13th October 2016.