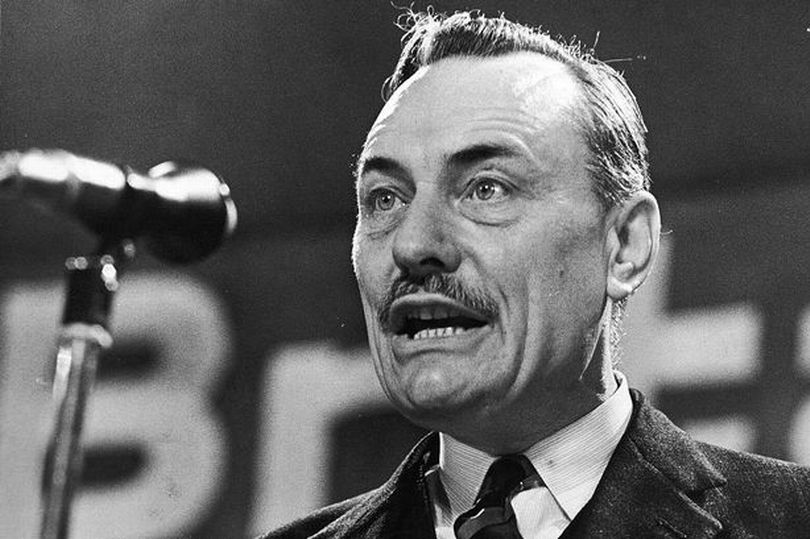 An Isle of Wight councillor who worked closely on a project with the late, Rt Hon Enoch Powell MP, has endorsed the decision of the BBC to broadcast (on Saturday 14th April, 8pm BBC Radio 4) the controversial 1968 speech of Enoch Powell in which he warned that an open-door immigration policy could lead to “Rivers of Blood”.

Speaking today, Cllr Chris Whitehouse (Newport West Ward) who worked closely with Mr Powell on a later project to regulate experimentation on the human embryo, said: “Be in no doubt, there is much in Powell’s controversial speech that is deeply racist and deeply repugnant. I have spent my entire political career fighting racism and the creeping xenophobia in British politics, but unless deeply significant speeches like this are studied, we risk forgetting their impact. We need particularly to remind ourselves of the power of oratory, a largely forgotten art in the age of Twitter and the media sound-bite, to allow despots to stir the emotions of the masses”.

The speech was delivered by Powell in opposition to the Race Relations Bill then being considered by Parliament and it has widely been condemned by commentators ever since. But Cllr Whitehouse warns: “That is no reason not to study carefully such absolutely pivotal contributions to political debate, and to use experts to help us constructively to challenge and criticise them. If we don’t learn from the mistakes of the past, we risk repeating them.

"Enoch Powell was wrong, emphatically and with the benefit of hindsight, demonstrably wrong, but we ignore such arguments at a our peril. We need continually to make the counter-argument, and that requires us to understand the argument we are challenging. Those who tried to block this BBC programme are wrong to do so and do a disservice to our inclusive, tolerant, democratic tradition.”