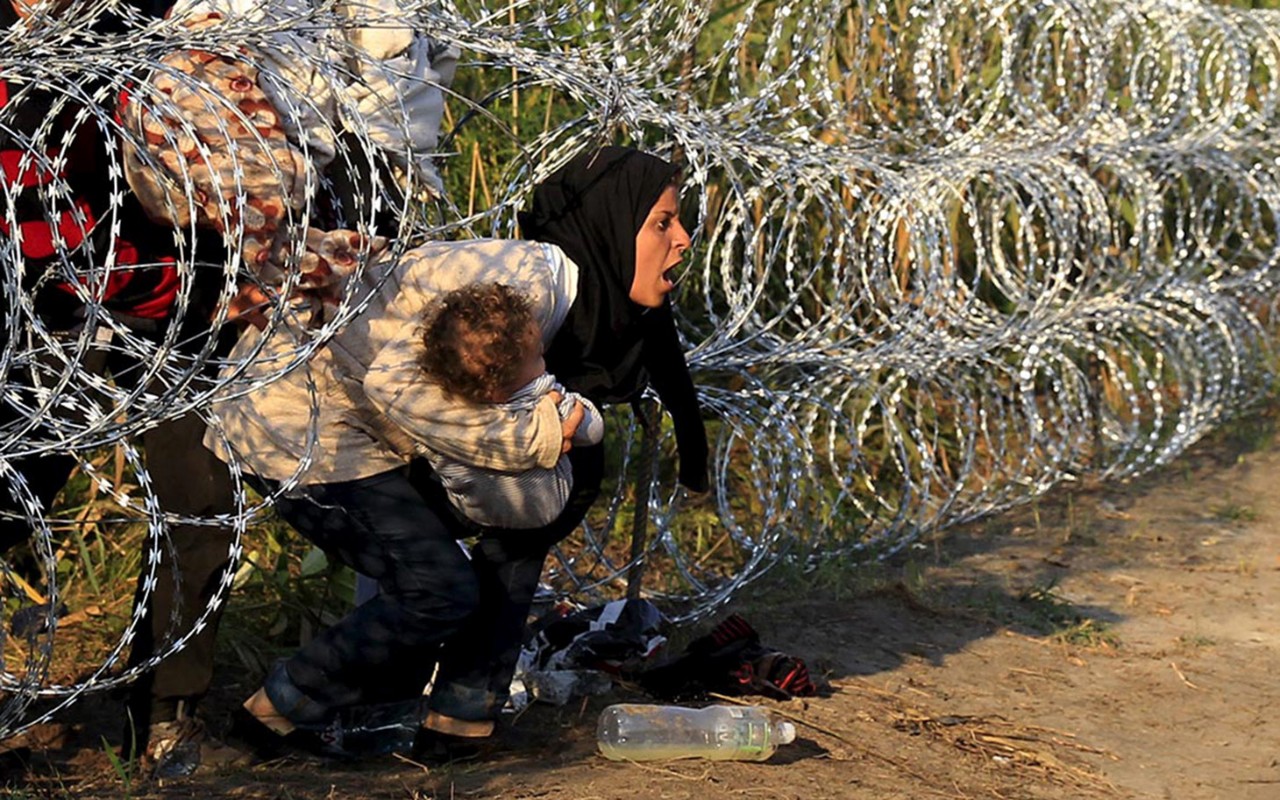 Daesh fighters seeking to flee the conflict zone as they lose the war pose a real and present threat to security all around the world.

This column has been consistent in its exposure of the virus of xenophobia that infected British politics in the run-up to the Brexit referendum, and it has always welcomed those who come to our country to work and raise their families. But, the challenge our country faces in the light of the refugees who are seeking to come here must not be underestimated in the interests of our national security and the welfare of those refugees themselves.

The current national scheme for the dispersal around the country of refugees from Syria, Iraq and Afghanistan, for example, requires each local authority to take a number of those refugees, particularly unaccompanied children, so that the load is shared around the country. That is a sensible and practical approach, but it does have implications both for the children concerned and the local authorities themselves.

Unaccompanied child refugees require fostering, so that they have a home and a family. There is nationally a chronic, and in some places an acute shortage of foster-carers so that agencies have to be used. This means the cost of finding a home and supporting the child refugee in their new family can be twice as much as the government funding that follows that child. For some local authorities, already hit by major cuts in budgets, this is a serious challenge, particularly as the shortage of foster carers requires agency foster care places to be used at more expensive commercial rates.

Government policy also provides that a child on reaching sixteen years of age can be expected to live in independent or semi-independent accommodation. Really? A child of sixteen, from Afghanistan, with little or no English to speak, in an alien culture, in a foreign land, and with no family or friends upon whom to call?

That is unrealistic, so local authorities are stepping up the level of care and support for such children to ensure that they receive the same level of assistance as would a British child in difficult circumstances, with support to those children being funded in future budgets for several years as the child finds his or her feet.

The reality of the situation, however, is challenging in other ways beyond the financial. Take your author’s home County of the Isle of Wight. The Island is allocated its fair share of unaccompanied child refugees, but it has insufficient foster carers for its own children, many of whom are with carers on the mainland. Nor would the Island, for all its charms, be a particularly suitable place, given its insular culture, for such children to be brought up. So, those children are being placed with mainland carers, ideally, where possible, in local authorities that have children from the same country of origin, so that they have peers and friends with whom to maintain ties.

The United Kingdom has always been welcoming of foreigners in great need and it is right that we should continue to be so; but central Government should provide the resources to local authorities to provide an appropriate level of care to the particularly vulnerable unaccompanied child refugees.

The national security threat posed not perhaps by child refugees, but by adults, is one that Government must also keep to the front of mind. As Daesh/Isil is beaten back in Iraq and Syria, those thousands of fighters who left their homes to join the “Jihad” will seek to sneak in amongst the refugees to return to the homes they left behind or to start new lives in other countries altogether. Such returning fighters, who have learnt to kill and enjoy it, pose a real threat of terrorist atrocities.

We have seen what can be done with guns and bombs in terms of wreaking death and destruction in the heart of European nations that terrorists masquerading as refugees have entered. We have seen, though, that a truck can also be a weapon of mass destruction in the wrong hands. If we are to keep death of the streets and out of the public buildings of our nation, we have to rely upon our security services and border control officers to ensure that vetting is effective, and that those who are allowed through, into the welcoming arms of our nation, are not here to do it harm.

This, of course, poses a dilemma as a balance has to be struck about the humane response to a refugee crisis and the human dignity of the individuals concerned; and the need, on the other hand, to ensure thorough and due process is followed.

One advantage of the Government’s approach to take refugees not from Calais but directly from refugee camps in the Middle East, is that initial vetting can be undertaken to verify the age, identity and potential involvement with Daesh, overseas, before the refugees arrive in the United Kingdom. This inevitably delays in some cases the time it takes to leave the camps which are undoubtedly in many cases inadequate places for refugees, particularly families with children or unaccompanied children, to have to live. Yet it seems the only way of preserving our national security because we have seen in other European cities the horrors that can be unleashed if individuals Hell-bent on killing are allowed across the border.

We need not just to step up our own security measures in this regard, but also to encourage our European neighbours, especially Ireland with whom we have had open borders for much longer than we have been in the European Union. British people, whatever their view on immigration, are entitled to be assured that it is not “business as usual” in the face of the increased threats we now face.

Nor, for that matter, do the American people under President Donald Trump expect things to continue as they have done in the past. Understandably, President Trump is stepping up the vetting process of those seeking to flee to America, and this will inevitably slow down the time it takes for an asylum application to be processed. That, however, is the price we pay for freedom and security at home; and it is not the racism that some have alleged is the motivation of the changes in American policy and practice in handling refugees. The fact that Trump’s gone too far and handled the matter crassly does not undermine the case for action.

This article first appeared in The Catholic Universe of 3rd February 2017.