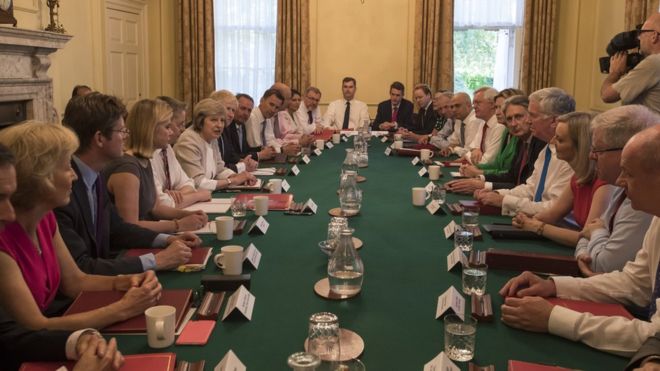 We’re yet to see how well our new Prime Minister, Theresa May, delivers on her policy commitments, but she’s already made it clear where she stands on a number of fundamental issues.

When it comes to Britain leaving the European Union, May has been absolutely adamant since the moment she was elected Leader of the Conservative Party and appointed Prime Minister that “Brexit means Brexit”. She’s made it quite clear that she has no truck with those remainers who still believe that a vote in Parliament or a challenge in the courts could block or slow the process; and she dismisses with scorn those who argue that a second referendum or General Election should be held prior to the formal process of leaving commences with the triggering of Article 50 of the key Treaty.

It’s emerged that legal advice available to the Government is that a vote in Parliament is not necessary before the Government formally moves to trigger the process, which is a relief because neither the House of Commons nor the House of Lords would be likely to sanction the move.

This column is not in fact a great fan of referendums generally, but like it or not, more British people voted to leave the European Union than have previously voted for anything, ever, in the history of our democracy. The will of the people is clear and on this issue must be paramount. Brexit will go ahead, not least because the Leaders of the European Union itself now want it to happen and to happen quickly. A legal challenge being brought to block the Brexit process unless there is a Parliamentary vote will fail.

On defence, the Trident renewal programme, Theresa May has promised, is to go ahead to maintain our nuclear capability. Mrs May made it absolutely clear in the House of Commons that she is no faint-heart when it comes to the security of our nation. Surrendering our nuclear deterrent would be an “act of gross irresponsibility” as Trident is our nation’s “ultimate insurance policy” against attack by a hostile power. Make no mistake, the letters of last resort, signed by Theresa May, to be opened by submarine commanders in the event of such an attack destroying our conventional weapons, will give the go ahead for a retaliatory strike of colossal impact upon the perpetrator.

Nobody but the Prime Minister, who writes the identical letters by hand personally, knows precisely what they contain; and when a new Prime Minister takes office, the letters signed by his or her predecessor are destroyed unopened. We can only speculate as to whether any Prime Minister since the inauguration of our nuclear submarine programme (previously Polaris now Trident) has given instructions other than to retaliate to a nuclear attack that incapacitates the Government, but that is theoretically possible.

Alternative options put to the Prime Minister in advice from the Chief of Defence Staff shortly after taking up the office also include, reportedly, “Put yourself under the command of the United States of America, if it is still there", "Go to Australia", "Retaliate", or "Use your own judgement". Let’s all hope those envelopes never need to be opened and that by investing in our conventional armed forces we can defend our nation from its enemies, particularly through NATO to which Theresa May is completely committed.

But what is perhaps more surprising is the very real commitment that Theresa May made on the day she assumed office. She made an absolute commitment that her Government would work to deliver social justice. This, she argued, meant tackling the plight of the white working class in modern Britain, particularly its children, as much as that of discrimination against other ethnic minorities.

It was because this mission lies at the heart of Theresa May’s vision for the future of Britain, that the former Chair of school inspection organisation, Ofsted, was forced to resign for his ill-considered remarks that the Isle of Wight was a “ghetto” and its people “inbred”. That sneering remark, from a hereditary baronet, born to private wealth and privilege, undermined the credibility of Ofsted and the commitment of the Government to deliver on this fundamental pledge to achieve greater social justice.

What the remarks cannot hide, however, and the resignation should not be allowed to obscure, is that despite it being a fantastic place to live and work (as your author has known for the thirteen years he has made his family home there) there are genuine social problems. There has indeed been a long history of educational underachievement which is now being addressed by the appointment of some of the most talented, experienced and determined head teachers in the country.

Mrs May has begun the task to which she committed the Government. A cross-government review of discrimination and disparity of outcomes has been ordered, to be delivered by The Cabinet Office, covering every area of government activity and performance in our schools, colleges, universities, hospitals, the criminal justice system, local government and the civil service. It will answer to Mrs May through the Secretary of State for Communities and Local Government, Sajid Javid MP, and Ben Gummer MP, Minister for the Cabinet Office.

The audit will turn over many stones, and may expose inequalities that as a nation we will no doubt find uncomfortable and sometimes painful to accept; but unless we accept that they exist and know what they are, then we cannot address them. This is a characteristically bold move by Theresa May to set in motion a process, just as she’s doing with Brexit, that will ensure that her objectives are achieved. If it is successful it will deliver a paradigm shift for some of those groups in society who have not benefited from the greater wealth, quality of life, and even health and life expectancy that have been delivered to the majority in recent decades.

Theresa May has made it clear that she intends also to deliver on her commitment to abolish the Human Rights Act which she found as Home Secretary was repeatedly invoked to prevent action against those whom she sought to deport for links to terrorism and organised crime. And she intends to continue her fight against modern slavery, both in the United Kingdom and abroad. It was Theresa May, don’t forget, who as Home Secretary brought in the Modern Slavery and Human Trafficking Act to provide the legal framework to address these crucial issues which are a stain on the reputations of so many nations where both men and women are treated as no more than chattels and sources of free labour, including, but not limited to, the sex industry.

Theresa May has hopefully had a good rest over the Summer. She’s going to need every ounce of energy to rise to the challenges she will face and to achieve the objectives to which she is now committed.

This article was first published in The Catholic Universe of 1st September 2016.