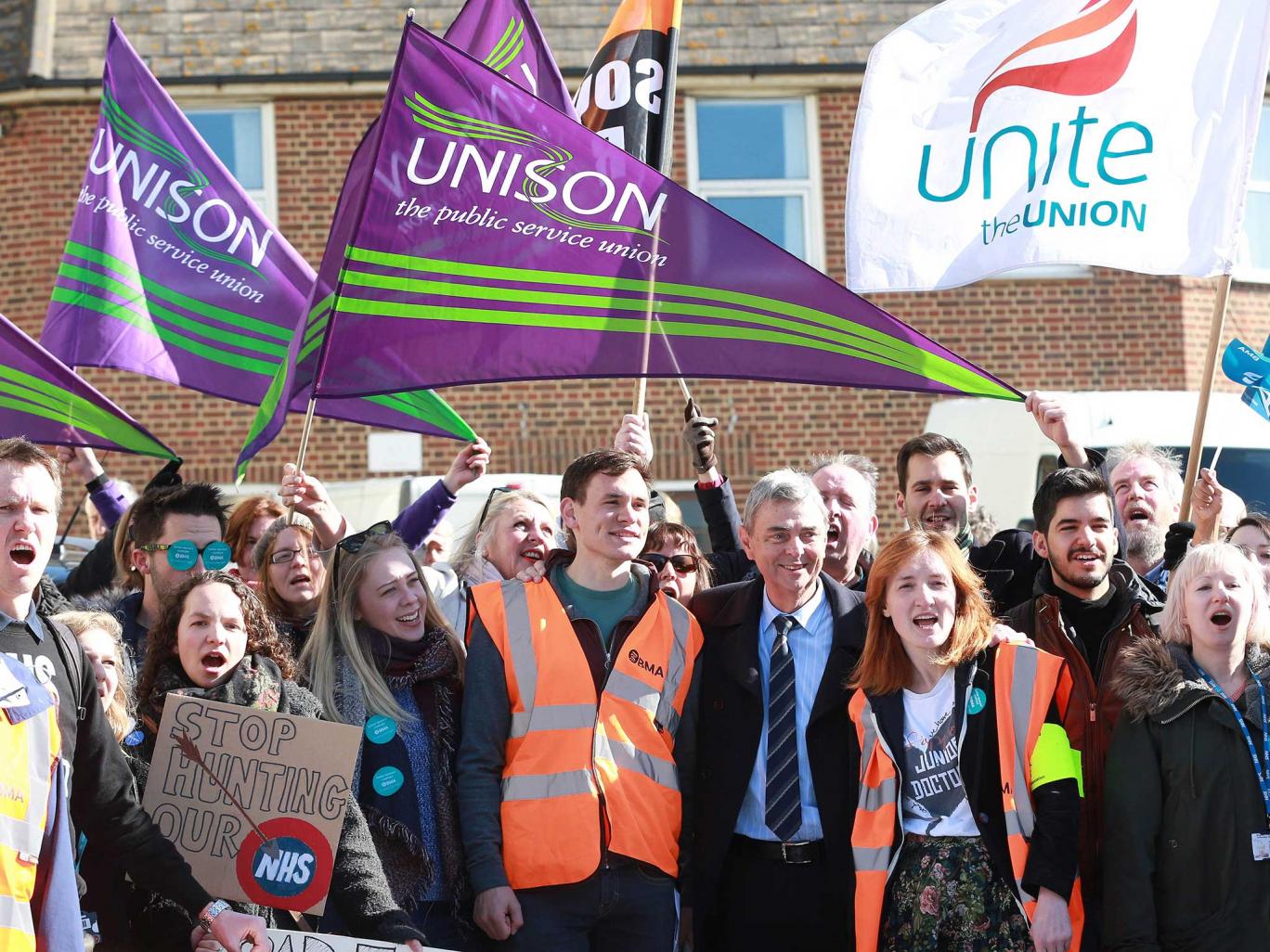 The callous and unethical decision of the doctors’ trade union to call a series of five day strikes creates a huge opportunity for the fundamental reform that the National Health Service so desperately needs.

The decision to delay the first of those strikes until October does little to diminish the culpability of those behind the strikes since the main motivation appears really to be to avoid legal action for putting patients in jeopardy by the short notice originally given.

The Department of Health has predicted the threatened strikes could lead to 125,000 lost operations and one million cancelled appointments in the next few months, during winter when the NHS is always under pressure. The organisation representing NHS hospitals puts the figures much higher: 500,000 cancelled operations and four million lost appointments. Whatever the actual figures turn out to be, the fact is that patients are being used as cannon fodder by the left-wing dominated British Medical Association in the full knowledge that there will be not only chaotic inconvenience, but also unnecessary suffering and, yes, avoidable deaths.

This sort of behaviour is completely unacceptable from a cadre of left-wingers within the medical profession whose training costs the tax-payer over £600,000 each, and who are effectively guaranteed jobs for life within the National Health Service, the opportunity for lucrative side earnings, and most enviable pensions when they retire.

As with the public in general, support for this action within the medical profession itself (including among junior doctors) is falling away rapidly. The Association of Royal Colleges has led the charge in pointing out the damage that this extremist action risks doing to the reputation of the entire medical profession as well as to patient care.

The junior doctors have shot themselves in the foot, and the political pressure is now on Health Secretary, Jeremy Hunt MP, to stand firm and face down these trade union bullies, whose leader only a few weeks ago claimed the new contract, upon which the dispute ostensibly focuses, is “safer for patients” and was acceptable.

The turn-around is entirely political and reminds us how easy it is for a few extremists within an organisation to pervert its purpose for their own ends. The Labour Party, in its deafening silence on this threat to patients, should look on with horror, for this is what it faces under the Corbyn oligarchy of the future: unelectable, unaccountable and extremist. We clearly need tough new union legislation aimed, specifically, at the medical profession to protect patients. And we have to ask the General Medical Council to give serious consideration to whether doctors who knowingly jeopardise the welfare of their patients in the way now threatened are fit to practice.

If there is any silver lining to be found within this cloud of extremist distortion, deception and disruption, it is perhaps the acceptance by a growing majority of the public that all is not right within our National Health Service, and has not been so for decades. The reforms of the past have simply not gone far enough and have not left us with a service that is fit for purpose in the 21st century. Indeed, its structure, its bureaucracy, its provider-dominated focus, and its funding mechanisms are 50 years behind the times.

We need Jeremy Hunt to bite the bullet and do what his predecessors of all parties have lacked the political courage to do – to tell us the unpalatable truth about the inadequacies of the NHS.

First, it is not and never has been true that all its doctors and nurses were noble state employees, sacrificing the advantages of the private sector to dedicate their lives to an underpaid career of public service. When junior doctors finish their training and specialise, they, like their predecessors before them, will be able to earn substantial sums by either converting entirely to private practice, or undertaking it on a part time basis, and boy is it lucrative! The majority of General Practitioners are not employed by the NHS, and never have been; they are private businesses selling their services on a contractual basis.

Second, the NHS is not free at the point of use. Prescriptions, dental treatment, and all but the basic optical treatment are charged for in whole or in part to the patients who benefit. This is a way of rationing demand whilst simultaneously generating a significant revenue.

Third, the NHS is not the envy of the world. Far from it. Its outcomes for many conditions, from cancer to heart disease, are frankly appalling when compared to those of similar economies around Europe; and its approach to public health remains lamentable as evidenced by the rising tides of obesity and diabetes which cost so much to the economy and to the quality of life of millions of people.

Fourth, the NHS is not efficient. It is a profligate waster of resources. Yes, there are too many managers, but they sadly have too little impact in reconfiguring healthcare provision so that it meets the needs of patients rather than the doctors and nurses who provide it. And because of those massive inefficiencies it is an unsustainable model as demand continues to rise with our ageing population. Healthcare is now being rationed under the current system, has always been rationed and, unless things change fundamentally, will be increasingly rationed in future.

The time is long overdue for reform. We need greater private and not-for-profit sector involvement, not less. We need organisations that know how to put customers first to be in the driving seat of service reconfiguration. We need professional estate management to ensure that buildings are in the right place, providing the right services to patients, and which has an incentive to maintain those buildings to the necessary standard.

We need care in the community to be stepped up, we need care at home to be taken to a new level including not only better quality home support, but also tele-medicine to monitor patients without them having to visit hospital at all. We need much greater integration of public health, mental health, social care, primary care, and secondary care, so that patients get the support they need, when they need it and can avoid hospital admissions.

Above all, we need to look again at the funding model. We spend less per capita on health in this country, despite the massive increases under recent governments, than in comparable economies. The NHS is funded largely from taxation, and when taxes rise the political temperature rises. The future should see a mixture of state funding and genuine insurance coverage (not the sham which is National Insurance and which is simply a tax like any other).

We should encourage, not demonise, those who wish to provide private medical insurance for themselves and their families and we should encourage this through the tax system since it reduces the financial burden for the taxpayer. And we should underpin such a new funding system with the same guarantees for all, that NHS healthcare will be there for those who need it and cannot obtain it elsewhere. It matters not who provides that care, whether state employee, not-for-profit company, or private business. What matters is that the treatment is timely, effective, of the highest quality and convenient for patients.

It is time to expose the out-dated nostrum of the NHS. If such exposure is made politically possible by the lack of support for the doctors arising from their callous disregard of patients in their current dispute, then the BMA will inadvertently have done future generations a favour - just as Arthur Scargill did the nation a favour in the long term when his extremism precipitated wholesale economic reform.

This article first appeared in The Catholic Universe of 9th September 2016.