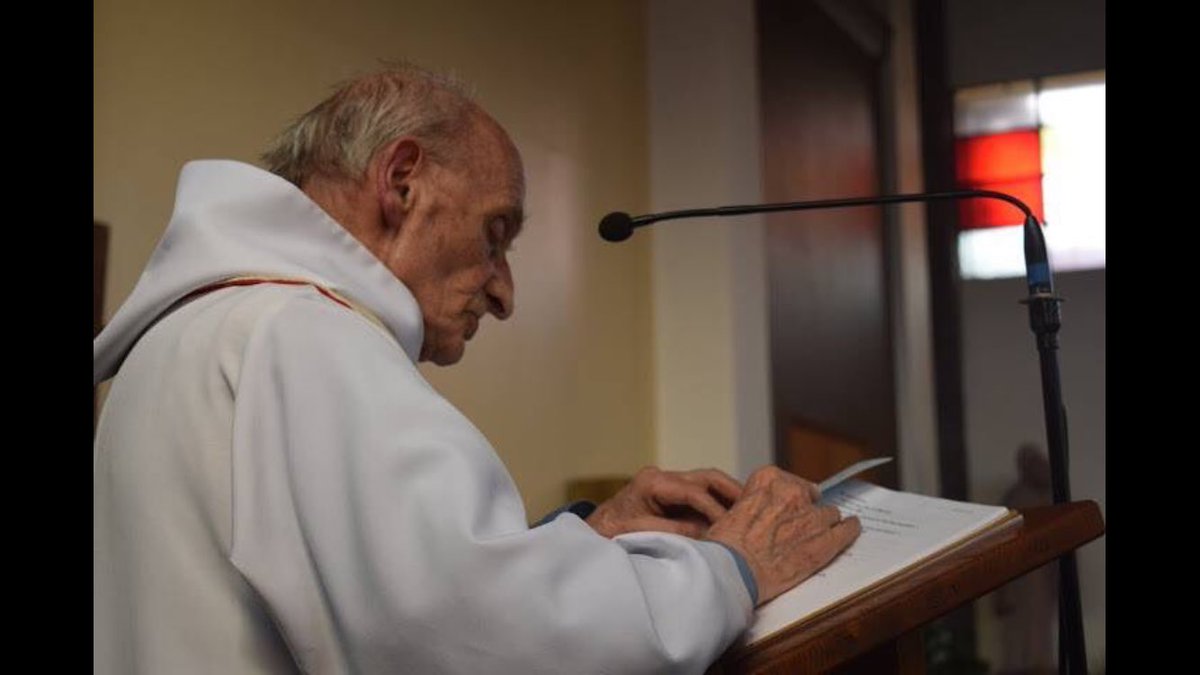 The murder by Islamists of Fr Jacques Hamel must galvanise political leaders to respond.

Just 150 miles from Central London as the crow flies, two murderers entered a church near Rouen in Northern France, forced an 84 year old priest to kneel and then slashed his throat, filming the ordeal. The propagators of the death cult inspired by Daesh/Isil were promptly shot and killed by specialist French police, but not before Father Jacques Hamel lay dead in a large pool of his own blood.

This atrocity is a first for modern Europe. It takes us one further step down the road to an unspeakable destination. We have long had problems with terrorists, whether home grown in Northern Ireland or in some of our mainland cities, planting bombs in public spaces and on public transport, to kill and maim innocent civilians.

We have seen attacks upon the armed forces and the police who are in the front line against the fight against terrorism. We heard only recently about an attempt to kidnap (and no doubt subsequently to murder) another member of the armed forces. But the events in the small village of St Etienne mark the first time this century we have seen a minister of a Christian religion being murdered for his faith in the heart of Europe. The persecution of Christians for their faith has now arrived once again on our doorstep.

The attack upon Fr Jacques was savage, it was brutal, it was callous and it certainly was not an act of “pointless banality” as one prominent Catholic commentator recently observed on Twitter. Its timing, during the holy sacrifice of Mass, was a blow struck to the heart of the Catholic community, since the Mass is indeed the beating heart of our faith, the point at which Catholics not only commemorate, but also re-live the Last Supper, the passion and ultimately the death by crucifixion of the founder of Christianity himself, Jesus Christ.

The response of the Catholic Church, and indeed of other religions including leaders of the Muslim and Jewish faiths in this country, is, rightly, to stress that those believing communities have no animosity to those of other religions. The Catholic Church is a particularly welcoming Church. Its doors will stay open, there will be no metal detectors, congregations will not be routinely frisked and priests will not be wearing stab vests at the altar.

But this new development does bring home to roost in a way which should no longer be denied, the realization that our culture, a traditionally Christian culture as it is, our entire way of life, now faces an existential threat from the extreme perversions of Islam that are being so widely promoted around the world from Daesh in the Middle East to Boko Haram in Nigeria and elsewhere in Africa; and, indeed, by their adherents in countries all around the world.

We have a new Government and a clear example of a new threat. We need an urgent review of our nation’s policy objectives to be led by the Prime Minister, Theresa May, personally. She’s particularly well placed given her recent successful tenure as Home Secretary and because we need to create an international consensus on how to identify, address and defeat this threat.

We can no longer pretend that Christianity itself is not a target; the killing of Fr Jacques has made it quite clear that it is. The West has, since the ending of the second world war, rightly identified that having turned a blind eye to the Holocaust at the outset, it owes a particular duty of care to the Jewish community that is so blatantly the target of the Islamists. The slaughter of priests, religious and the Christian faithful in Syria and Iraq is as equally deliberate and intentional. It is time, amongst other things, to use the word “genocide” as an accurate description of the persecution of Christians in the Middle East and so unite the international community in enforcing the 1948 Convention on the Prevention and Punishment of Genocide.

Of course, Amber Rudd’s announcement of a £2.4 million fund to help secure places of worship in England and Wales will be welcomed as part of the new Hate Crime Action Plan. But, for the Catholic Church, other than in exceptional circumstances, that is not a road down which it will want to go.

The Action Plan will include a study into how the different police forces in the country understand and respond to hate crimes; and a commitment from the government to “give young people and teachers the tools they need to tackle hatred and prejudice, including through a new programme to equip teachers to facilitate conversations around international events and the impact they have on communities here in the UK.” Again, so worthy, but not much practical use in saving our culture at home and the very survival of Christianity in the Middle East, from the threat that it faces.

We need Theresa May as Prime Minister, Amber Rudd as Home Secretary and Boris Johnson as Foreign Secretary to ensure that a concerted and coordinated response to this existential threat is developed alongside the important negotiations taking place with Heads of Government about Britain’s place in the world as it leaves the European Union.

If the death of Fr Jacques, within the Catholic tradition a true martyr for his faith and a saint in Heaven, is to have any meaning, it must be to show by Catholic churches remaining open that God’s love, mercy and welcome are infinite; whilst galvanizing a politically correct global political elite to confront this threat, to act together, and to do so before it is too late. These death cults have to be stamped out at source so that they can no longer export their chaos with fleeing refugees, or their evil ideology through the internet to the easily misled social misfits around the world who are all too ready to do their killing for them.