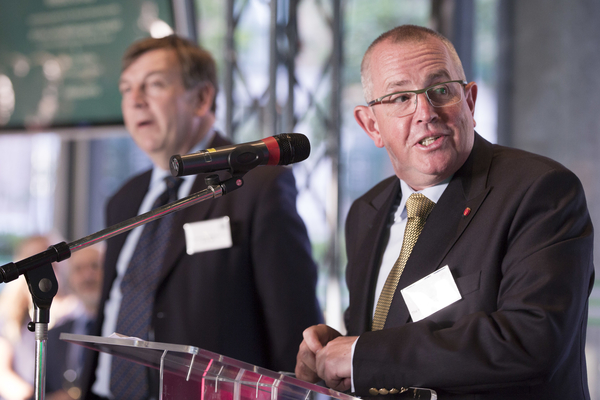 The independence and quality of the BBC’s output is respected all over the world. Despite hyperbolic, partisan criticism from the Labour Frontbench, the Government’s new White Paper, setting out planned changes to the way the corporation is governed, will ensure that this continues to be the case.

Our national state broadcaster, the BBC, is governed by a Royal Charter, the first of which was put in place by King George V in 1927, and renewed regularly since then. The Royal Charter is the constitutional basis for the BBC. It sets out the public purposes of the BBC, guarantees its independence, and outlines the duties of its governing Trust and the Executive (managing) Board. The current Charter runs until 31 December 2016 and must be renewed, hence the publication of the White Paper last week setting out the changes that the Government intends to introduce as part of the renewal process to ensure that the BBC’s structure and rules are fit for purpose in the ever more rapidly changing media environment.

Alongside that Charter there is a more detailed formal Agreement between the BBC and the Secretary of State for Culture, Media & Sport, currently John Whittingdale MP. The Agreement provides detail on many of the topics outlined in the Charter and also covers the BBC's funding and its regulatory duties. The Agreement is an important constitutional document because together with the Charter, it establishes the BBC's independence from Government.

From the rather shrill remarks of the Labour Shadow Secretary of State, Maria Eagle MP, readers may have been fooled into thinking that the funding base of the BBC and its tradition of independence are under threat from the proposed new approach. Ms Eagle, from the Despatch Box in the House of Commons, accused the Secretary of State of “denigrating” the BBC, of displaying “implacable hostility” toward it, and of seeking to bring it under partisan political “control”.

So, let’s put the record straight about what has, and more importantly has not, been proposed, so that we can understand why the BBC itself has welcomed almost all the proposals.

First, the licence fee has not been removed, replaced or reduced. Indeed, the White Paper confirms that the licence fee should remain the basis on which the BBC is funded throughout the duration of the 11 years in which the new Royal Charter is in place, and provides for it to increase by inflation during at least the first five years of that period (after which that will be reviewed).

What the White Paper also very sensibly observes is that with changes in viewing habits the licence fee may become less sustainable beyond 2027 when the proposed new Charter expires. This is a timely suggestion that the BBC should itself give some thought over the next decade as to other potential sources of revenue should public resistance to the licence fee continue to grow and/or technological developments make it impractical to enforce.

Secondly, the rather odd sounding 11year duration of the Charter is a very clear protection for the BBC itself. We now have fixed term parliaments of 5 years, and the BBC was anxious to ensure that the Charter Renewal does not get caught up in the political hothouse of the next but one general election in 2025. The 11year Charter delivers this protection.

Thirdly, far from undermining the fundamental principles that ensure the quality and independence of the BBC, the White Paper builds upon the mission espoused by Lord Reith the first Director General of the BBC under that first Royal Charter. The new Mission Statement commits the BBC “To act in the public interest, serving all audiences with impartial, high-quality and distinctive media content and services that inform, educate and entertain.”

Fourth, far from undermining the BBC’s financial independence, the new proposals will ensure the best accounting principles are used and that costs are kept under control so that more can be invested in quality output rather than bureaucracy or inflated payments to super-stars. This will not be done by political intervention but by giving the independent National Audit Office a stronger role in ensuring prudent financial management on behalf of the licence fee payers. Those who are paid more than £450,000 a year by the BBC will be listed, which seems not unreasonable given this is public money, and that figure is more than three times what the Prime Minister is paid!

Fifth, far from seeking to bring the BBC under political control, proposed changes to its structure at the top will ensure independent scrutiny of its output by Ofcom. This makes perfect sense since Ofcom already performs that role for the whole of the rest of the UK broadcasting sector.

Clarity of responsibilities and greater efficiency will be delivered by having one, new “unitary board” rather than, as at present, a separate Trust Board and an internal BBC Executive Board. The new Unitary Board will ensure that the BBC’s “strategy, activity and output are in the public interest”. Editorial decisions, however, “will remain the responsibility of the Director General”. In short, the White Paper underlines the BBC’s editorial independence and does not compromise it.

There will be a clearer duty on the part of the BBC to serve the whole of the United Kingdom by requiring it to give “greater focus to underserved audiences, in particular those from black, Asian and ethnic minority backgrounds and from the nations and regions which are currently less well served”. This, surely, is good news for viewers in Scotland, Wales, Northern Ireland and those Regions of England outside London and the South East.

More good news is the proposal that the Government will pilot a new fund for certain types of public service programmes, including high quality programmes for children, for which production companies can bid with a view to producing material for broadcast on free-to-air channels other than the BBC.

The publication of this White Paper is not the end of the process. There will be further debates in Parliament and further discussion over what are still legitimate points of constructive disagreement, such as by whom Board members will be nominated, whether by the BBC or through the Public Appointments Office, which runs a very professional operation to vet candidates for suitability. But one thing is clear, John Whittingdale has shown by his commitment to open consultation that he is listening to what others think about this most valuable and respected national asset.

The principles put forward by the White Paper mean that Lord Reith can be confident that his commitment to educate, inform and entertain will be protected; and that the independence, impartiality and professionalism of the BBC will continue to have a secure base from which to project the United Kingdom’s “soft power” around the world.